Home / Retroviruses in CAR-T therapies: From gamma retrovirus to lentivirus

Retroviruses in CAR-T therapies: From gamma retrovirus to lentivirus

In recent years, chimeric antigen receptor T (CAR-T) cells have become an increasingly attractive immunotherapy tool, particularly for the treatment of cancer. Modification of activated T cells to express a chimeric antigen receptor (CAR) specific to the target antigen has previously relied on the use of gamma retroviruses. However, in the past decade, there has been a shift in preference towards lentiviruses.

Driven by the huge potential CAR-T therapies have for the treatment of both cancers and autoimmune diseases, five CAR-T therapies have been approved since 20171, and over 500 were in clinical stages in 20201. As a result, it is expected that there will be an increase in the number of CAR-T therapies requiring development and manufacturing at a large scale in the coming years. If the preference for lentiviral vector use in CAR-T therapy development continues, it is likely that scaling production will bring many challenges that researchers are often unaware of.

In this article, Bill Vincent, Founder & Executive Chairman at Genezen explores the shift from gamma retroviruses to lentiviruses. He examines the impact of this shift on the development and manufacturing of these therapies and highlights the challenges CDMOs will still need to overcome.

CAR-T cells are typically used as a tool in cancer immunotherapies. This tool is particularly useful for difficult-to-treat cancers such as acute lymphoblastic leukemia (ALL) and B-cell malignancies. It is also a vital treatment option for patients with cancers that have not responded well to previous alternative treatments such as chemotherapy or surgery.

When a patient is to receive CAR-T therapy, T cells (both CD4+ and CD8+) are usually taken from the patient. The T cells are activated and transduced with viral vectors (VVs) containing the genes for CAR expression. The successfully transduced T cells (CAR-T cells) will express the CAR, this receptor is chimeric in that it has both an antigen-binding site and activating functions. The antigen binding site is designed to be specific to antigens on the patient’s tumor cells.

The cells are then harvested and infused into the patient. On recognition of their target antigen, the CAR-T cells become activated and facilitate the destruction of cancer cells through several mechanisms, including cytotoxic proliferation.

The use of retroviruses for the development of CAR-T therapies

Viral vectors from Retroviridae family (that includes gamma retrovirus and Lentivirus) are the most used vector for cell therapy applications, including in CAR-T therapies, as they offer capacity to stably integrate genetic material into the host genome.

Retroviruses are lipid-enveloped particles comprising a single-stranded (ss) diploid RNA genome. There are two defining characteristics of retroviral vectors that make them particularly suited for gene transfer. The first is that most of the viral genome can be easily replaced with the transgene(s) of interest. The second is that the transgene can be permanently integrated into the host cell genome upon transduction.

When used in CAR-T therapies, the coding sequences of the retroviral RNA are replaced by the transgene of interest (the gene encoding the CAR) and transfected into a packaging cell line for amplification. With most of the viral genome removed, separate helper plasmids are then needed for viral amplification. These plasmids contain gag, pol, and env genes encoding the capsid proteins, replication enzymes, and envelope glycoproteins, respectively, needed for successful viral packaging. These plasmids are devoid of a packaging signal, meaning replication-competent retroviruses (RCRs) will not be produced and patient safety is increased.

The move from gamma retroviruses to lentiviruses

The first gene therapy clinical trials to be considered successful used gamma retroviruses. Gamma retroviral vectors were a very attractive option due to their ability to carry a large transgene, be generated using a stable producer cell line, and affect high rates of transduction into the target cells.

However, with increased use, safety concerns related to gamma retroviruses began to rise; they tend to insert their transgenes near oncogene promoters. If integration occurs in or near a proto-oncogene, the gene misregulation could cause normal cells to become cancerous. The chances of oncogenic transformation with gamma retrovirus transduction are more likely than in a random integration profile2.

Unfortunately, this potential risk came to fruition in trials where bone marrow stem cells were transduced with gamma retroviruses for treatment of genetic disorders. As a result, some patients developed leukemia3-5.

In light of these events, many researchers have moved away from using gamma retroviral vectors for cancer therapies and lentiviral vectors (LVs) have become a popular alternative.

Lentiviral vectors are structurally similar to gamma retroviral vectors in that their essential viral genes can be replaced with the transgene of interest and facilitate the stable integration of genetic material into the host cells. They also rely on a split-component system (separation of essential viral genes and the sequences that regulate them) for patient safety.

However, unlike in gamma retroviral vector transduction, lentiviral transduction does not rely on cell division, allowing a more diverse range of cell types to be transduced. Lentiviruses also show a preference to integrate genetic material into actively transcribed genes as opposed to the preference for integration around transcription start sites and CpG islands like gamma retroviruses6.

The benefits to patients of using lentiviruses over gamma retroviruses can only be translated through the implementation of efficient development and manufacturing processes.

However, most early-stage lentiviruses with the potential for clinical trial have been designed entirely for functionality. Often, the question of scalability only comes up once the Phase II trial data starts to show positive results. The trial may evidence a therapy to be safe and effective, but it is likely to face many challenges when it comes to scaling production. In the event of FDA Regenerative Medicine Advanced Therapy (RMAT) designation, CAR-T therapies could go from first in human (FIH) studies to pivotal trials very quickly and receive approval within a few years. With fast-moving timelines, this would further emphasize the challenges involved in development and manufacture.

Recently, advances have been made in the development of stable producer cell lines for lentiviral manufacturing, providing potential for easier large-scale production. For example, one expression system has been developed in which expression of envelope components occurs under an inducible system. This allows for substantial cell growth before lentivirus assembly.

Many of the processes that have been designed for lentivirus production also have the challenge of relying on adherent cell lines. This imposes constraints for scale-up and large-scale production due to the need to optimize surface-to-volume ratios.

The use of single-use fixed-bed bioreactors has largely overcome the challenges involved in adherent cell line scale-up, but the development of suspension-based production processes could ultimately be more beneficial. Suspension-based processes ease lentiviral manufacturing at scale with the use of stirred tank bioreactors. Unfortunately, adapting adherent cells to grow as suspension cells is a challenge, often taking months to achieve. Additionally, not all cells are capable of fully adjusting to this new growth condition.

The future of lentiviruses in CAR-T therapies and beyond

Despite challenges associated with scaling production of lentiviral vectors. advances in developing stable producer cell lines mean that they will likely continue to be the vector of choice for CAR-T and other ex-vivo gene therapies.

It is clear to see that lentiviruses and gamma retroviruses present different advantages for their use. These differing benefits highlight the fact that there isn’t just one vector platform for all needs. Viruses are diverse and can be modified to increase their diversity and possible applications. As a result, it is likely that there will always be many potential viral candidates for all therapeutic applications.

However, it is essential that forethought to development and manufacturing processes plays a role in the design of new therapies that rely on viruses. Without this consideration, complications in scaling, cost, and other challenges will ultimately arise down the line, slowing or even preventing commercialization and making the treatment option inaccessible to many patients in desperate need. 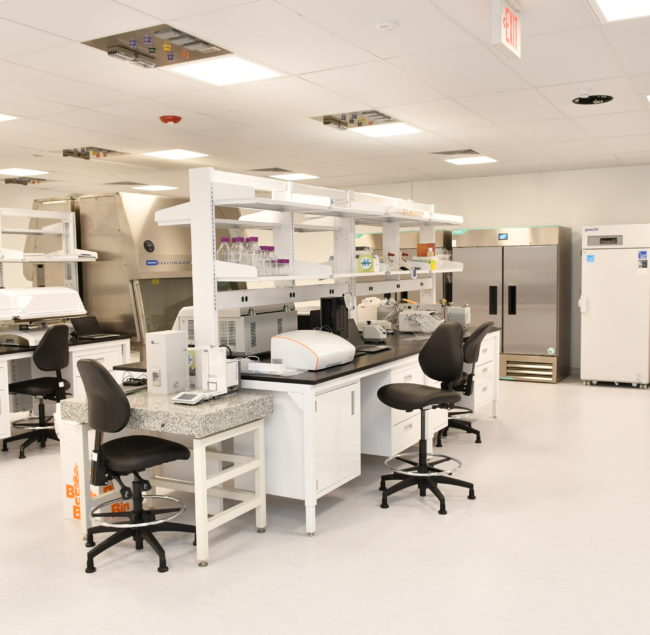 4 factors driving the trend towards…

The cell and gene therapy (C&GT) space is expanding rapidly. With...

Genezen, a cell and gene therapy Contract Development and Manufacturing...

Lentiviral vectors (LVV) are commonly used as an efficient and safe...

The aim of upstream processing in viral vector development and manufacturing...